On Oct 20 2010 a group of film technicians, artisans, actors and production crew including Weta Workshop founder Sir Richard Taylor (as a concerned member of the Wellington Film community), actors including Jed Brophy, artists such as Gino Acevedo and John Howe, directors Jonathan King and Peter Briggs, Hobbit writer and producer Philippa Boyens and many more met to discuss the industrial action surrounding production of The Hobbit in Wellington. A meeting of New Zealand Actors' Equity / Media Entertainment and Arts Alliance was scheduled for later the same evening; the decision was made for technicians to travel from Stone St Studio in Miramar to central Wellington to protest the worldwide boycott called by the MEAA against the production, which resulted in a march on Parliament grounds. 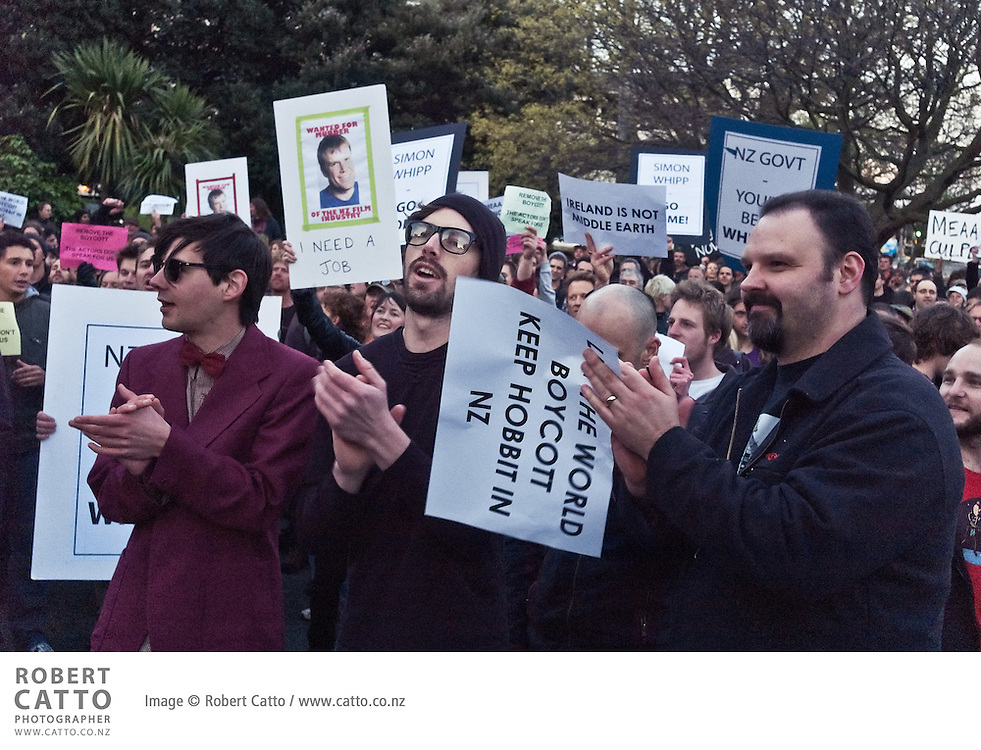